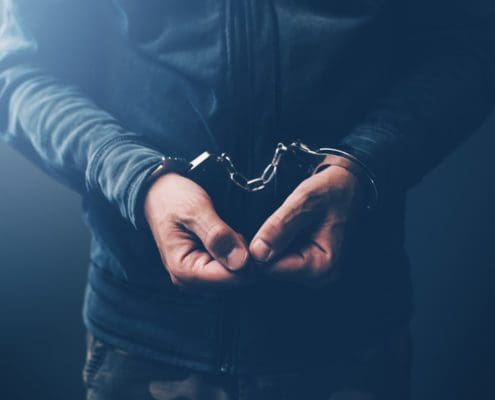 It’s not uncommon for people to make mistakes in their youth, and indeed later in life.

In fact, statistics show that up to 40% of Americans have been arrested on at least one occasion by the time they reach 23 years old. Many more will go on to be arrested for the first time beyond this point.

For the most part, these arrests are for minor infractions, with the arrested individual often released the next day. Ultimately, only a relatively small percentage of arrests ever lead to jail time.

Any arrest, however, will lead to a mugshot being taken, and an arrest record will be filed. Worse still, these records and mugshots have a nasty habit of ending up online. This leaves many people feeling persecuted in the long term for misdemeanors committed in the short term, way back in their past.

It’s often said that having a mugshot and arrest record posted online is like being convicted of a crime, whether guilty or not, by a court you’ve never visited, and which in reality, does not exist.

Is it legal for my mugshot to be posted online?

Unfortunately, the reality is that, yes – it’s legal. Typically, websites posting mugshots are doing so on the basis that they’re reporting on current affairs, or factual events in time. None of them make any assertion of guilt, or indeed of innocence. A mugshot, however, typically implies guilt, unless the opposite is implicitly stated. Even then, a mugshot in itself, posted publicly online for all to see, is often damaging enough to an individual’s reputation, regardless of the outcome of their arrest.

In truth, and in the eyes of the law, everyone is innocent until proven guilty by a jury of their peers. As such, the whole process of having your mugshot posted online can feel like a complete reversal of the justice system.

How does my mugshot end up online in the first place?

The reality here is that if you’re arrested, details are typically made available to members of the public.

This varies from state to state, but as a general rule, anyone can request a copy of public records tied to another individual. These records will include details of a divorce, bankruptcy, and—among other things—any history of arrest, as you might expect. By and large, as public records, there’s nothing to stop recipients of this information from sharing it, and indeed posting it online.

It’s a rule which predates the digital revolution, and which has sadly led to a rise in the popularity of websites freely publishing such information.

These websites are often vast, well-indexed by search engines, and contain every record of arrest upon which the website’s owners can get their hands. Such websites almost invariably include mugshots, and may or may not also include more detailed information pertaining to an individual’s arrest.

Is my reputation at risk from being included on a mugshot website?

Yes, unfortunately; there are no two ways about it.

Often, once your mugshot has been posted online, search engine searches performed for your name, especially coupled with your location, will return results containing your mugshot, and—more often than not—details of your arrest.

This can have a catastrophic effect on everything from personal relationships to finding employment. The reality is that people often have a harder time with their mugshot appearing online than with their actual arrest.

What can I do about it?

RemoveMugshots.net can help. We’ll talk you through the process of removing your mugshot from search results, ensuring your reputation online is upheld and protected. A publicly posted mugshot shouldn’t turn into a life sentence on the internet, and we’re here to make sure that it doesn’t. With RemoveMugshots.net’s help, most mugshot removals are completed within just three days.

Your Arrest Record Doesn’t Describe You Anymore, Remove Them from Google
Scroll to top