Are Mugshots Public Record? Is There Any Way to Remove Mugshots? 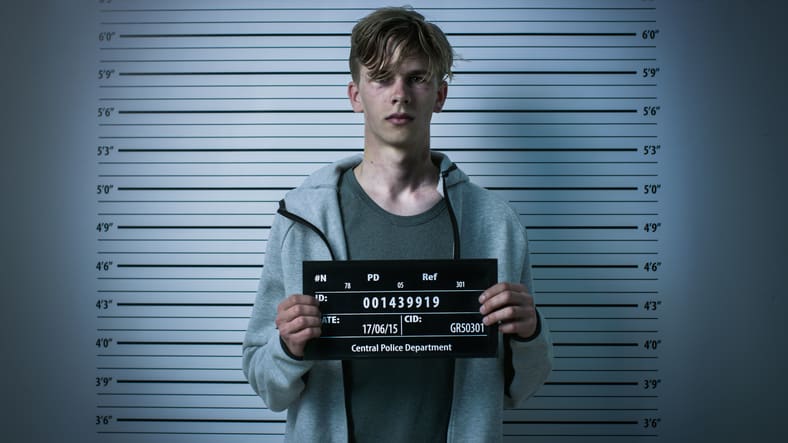 If you have ever been arrested, at some time you may have asked “are mugshots public record?”

At best, a mugshot online is an embarrassing reminder of a past mistake. At worst, mugshots online punish people for crimes they never committed. Even after you serve your sentence, your charges were dropped or you were exonerated, your mugshot remains on the web.

What makes online mugshots so important to millions of people?

Many former convicts and arrestees find that online mugshots poison job opportunities. It’s hard enough to get a job with a gap in your job history. But as many discover, it’s nearly impossible to get a job when your mugshot is online.

Mugshots aren’t just a hurdle standing between you and a new job. They also discourage new social connections. A mugshot can be a source of endless embarrassment, particularly when the camera catches you in an unflattering look or situation.

Your mugshot never catches you at your best. Maybe your have dishelved hair or clothes. Maybe you had red eyes from crying, or you were a little drunk. You might have a black eye… or worse.

Why are mugshots such a big problem?

According to the Prison Policy Initiative, police book 600,000 Americans into jails each year. And each and every one of those gets a new mugshot.

The bigger picture is this: police book about 10.6 million Americans on criminal charges every year. These are people yet to receive a conviction in court. Most, in fact, will make bail or earn personal reconnaissance. Sometimes, the police will drop their charges altogether.

And in some cases, the authorities will mitigate charges with a deferred adjudication agreement, which eventually erases the defendant’s criminal record.

Only about 1.6% of Americans who pose for a mugshot every year will be convicted of a crime. Yet, each of those 10.6 million people will have a mugshot that state and federal laws allow to go online.

Mugshots are particularly troubling for people of color. Black people are arrested at a rate five times higher than white people, according to ABC News. A survey by the Fusion Channel on Univision found that 74% of Spanish-language newspapers publish mugshots.

What’s worse: mugshots of people of color may often reinforce existing biases against them.

“People of color are already more likely to be found guilty at trial than their white counterparts,” said Johnny Perez of the National Religious Campaign Against Torture. “Anytime a mugshot is made public existing biases are reaffirmed and new biases are created where none existed before. They create this situation where people are criminalized before the facts are known,” he told the Marshall Project.

Even newspapers are in on the act

Countless newspapers post mugshots of people arrested in sting operations, especially those involving solicitation. In an era when fewer people buy print copies of the paper and more get their news from social media, mugshots stimulate circulation and increases clicks on news websites.

And the obvious solution to the problem is usually an expensive exercise in futility.

Lawyers aren’t the answer when your mugshot shows up online.

Lawyers have many tools for addressing your criminal record. Here are a few of the most common legal tools for attempting to remove an arrest or conviction from public records.

Expunction is the legal process of “expunging” something. When you expunge a record, you delete it, remove it, or cross it out.

Expunction, or expungment, most commonly applies to criminal records, but there are also cases of its use on credit reports.

How do I expunge my record?

In theory, you don’t need an attorney to expunge your criminal record. You simply need to fill out an application or file a petition with the court with jurisdiction over your arrest or trial (and pay a small application fee).

Then, you may have to hire a process server to deliver this carefully filled-out paperwork to the county attorney or district attorney. You may need to prepare the actual Order of Expungement (for the judge to complete).

Once you expunge your record, you must then ensure the order makes it to the offices that maintain public records. And sometimes the prosecuting attorney can raise an objection that shoots down your progress.

Some people expunge their arrests and conviction records on their own. But most people need to pay an attorney to ensure it’s done right.

It’s possible to remove records of your arrest or conviction by an order of habeas corpus. It’s your constitutional right. Section 9, Clause 2 of the U.S. Constitution says, “The privilege of the writ of habeas corpus shall not be suspended, unless when in cases of rebellion or invasion the public safety may require it.”

Over the last 150 years, the right to a writ of habeas corpus has been extended to courts regulated by the states.

You may seek habeas corpus for crimes and accusations of crimes that don’t involve national security when:

Getting a writ of habeas corpus is never a do-it-yourself proposition. You’ll likely need an attorney along the way.

Here’s some bad news. Even if you go through expungement or habeas corpus, you won’t have an answer to “Are mugshots public record?”

Let’s say you jump all the legal hurdles and clear your public record. Even then, these time-consuming, budget-busting legal actions won’t remove your mugshots from the Internet. You won’t ever have to identify yourself as someone arrested or convicted for that crime. But your photo will still be out there on countless websites.

But why are mugshots public record?

Won’t they remove my mugshot once I finished my sentence?

It seems only fair that people convicted of crimes who also completed jail time shouldn’t face the penalty of an online mugshot. Mugshots just extend the punishment for the deed after the sentence is complete. It just isn’t fair.

Unfortunately, employers take a different view of this issue. This is because certain kinds of jobs require careful scrutiny of the job applicant’s past.

Even in the 13 states with “ban the box” laws prohibiting employers from asking about criminal history on job applications, just one simple Google search is enough to land your application in the trash.

That’s true even if you were never convicted.

And once your mugshot is online, there will always be people looking to cause you trouble.

What allows a mugshot to stay up for so long?

Your mugshot is public because jails and prisons must honor the right of habeas corpus.

Legally, law enforcement can’t hold you indefinitely without telling the public where you are. Mugshots are made public record so no one slips through the cracks.

Making your mugshot publicly available is not about innocent until proven guilty. It’s about your right not to be held indefinitely without a charge.

Putting your mugshot online, however, is all about the bottom line.

Fortunately, there is a way to remove your mugshots from the Internet.

The simple way to clear your mugshots from the web is to have RemoveMugshots.com do the work for you. Mugshot sites post your mugshot to make money. That means they use your private property — your image — to increase profits without paying you.

And they have no intention of paying you.

RemoveMugshots.com finds every website that posts your mugshot. They demand justice for use of your image. And when faced with the reality of substantial commercial liability, these websites take down your mugshot, usually within 72 hours.

It takes about another 48 hours to clear your mugshot from Internet search results.

Don’t let an attorney discourage you from removing mugshots the easy way. Those same lawyers who charge thousands to expunge your records will tell you that mugshot removal services are expensive.

You no longer have to ask, “Are mugshots public record?”

Contact us for a free estimate and remove your mugshot fast. Your new reputation may be just a week away.

REMOVE YOUR MUGSHOT
Removing Georgia Inmate Mugshots: What You Need to Know

Mugshot Removal Services: FAQs and What to Know
Scroll to top